My mother is a gardener.  I don’t mean this lightly.  Most days if you try and call the house and ask for Mom they’ll say she’s outside.  I call during a cold day with a heavy mist, she is out in the garden and maybe if it’s a torrential downpour she’ll instead be in the greenhouse.  But just as often she’ll  be in the garden fully rain-geared because the more weeds you pull in winter the easier the summer will be.  In the summer she goes out after dinner and is only driven indoors in the late NW daylight by the relentless mosquitoes.

I guess what I’m trying to say is that a little bit of “homesteading” comes natural to me.  At the very least I watched my mother work hard on the land and enjoy it.  She instilled in me a work ethic and showed me that things like gardening don’t necessarily stop for any season.  And though it’s taken me a while, I enjoy gardening now too.

I grew up in the country building fires in the fireplace, riding and keeping horses, and growing our own food but I never thought I would need these sorts of skills to survive.  Life does take unexpected twists.  It might be that the skills I learned when I was young, and have built on over the years may now become completely necessary.

I wanted to be a writer when I grew up.  Instead, after college, I went into the family furniture business and then fairly quickly I had a family of my own and discovered that I didn’t have the gumption to leave the family business; not with the stability it gave me and mine.  Fast forward to the Great Recession and our stores took on a steady decline.  Furniture stores and factories folded under the initial pressure but we held on for dear life until 2013 when the end became inevitable.  I’m still not sure how it happened, and I’m still in shock because we had worked so hard for so long.  It was like a death.  And to make matters worse, my parents, brother, sister and brother-in-law, all made their livings there.  I was the first to go… and I try not to take that personal, but I was the first.  My job, mostly in communications and media, was taken over by a third party.  So as of September I was unemployed for the first time in nearly 22 years.  And my entire safety net, my extended family were soon at loose ends too.

At first I was scared and thrilled.  I could choose a new career now, one that I had always wanted without letting anybody down.  I even thought I might enjoy being out of work a little.  I would spring clean the house and do some writing and work in the yard.  In the beginning I dedicated myself to looking at jobs and dreaming of new careers, dragging out my rusty resume skills, and working the garden with renewed necessity.  My income was instantly cut in half so I needed to immediately adjust by cutting bills like slimming down the phone service, grooming the cocker spaniel myself, cutting the kids hair, growing more food and canning it, making all our meals from scratch, splitting wood to cut our winter bills and analyzing every expense until nothing extraneous existed.  That was month number one.

There’s a strange madness that goes along with drawing unemployment for me.  First of all, I hate it.  Don’t get me wrong, I do appreciate the help (which I did earn) and I know not everybody qualifies and I should be grateful.  But confession, I’m not.  I don’t like the way being of officially unemployed makes me feel.  First, you feel the pressure to get back to work quickly.  At my first scouring of want ads here, there, and everywhere I quickly learned that there are not many openings in communications or writing in my area.  Many writing jobs wouldn’t qualify as a true job search entry anyway.  So, I’m left applying for jobs in which I’m not that interested, and that I’m not at all qualified to do.  I might have had overinflated self esteem but I honesty thought I was a desirable employee who can do just about anything and I was really confused that the local fishery sent me a rejection letter.  And the rejection letters are the worst.  I get a least one a week and they keep coming.  Now the unemployment people want me to be spending more time on searching for a job, and I’ll try, but honestly I need the occasional mental break from rejection and to do things that are life affirming, creative and productive.  I want out of official unemployment and am considering how to get out, even if I’m never hired.

So to keep from going crazy I started making things, studying old time country skills, writing, traveling, and even dabbling in community building.  These are the sorts of things I want to tell you about.  I don’t have much going for me in the traditional career sense, but I’m making do, and discovering what calls to me in the making of it. 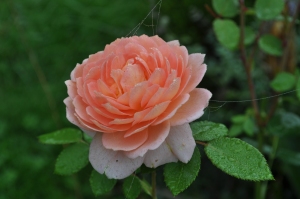